Surviving Alimony in Arkansas: The New Changes to Tax Law

Surviving Alimony in Arkansas: The New Changes to Tax Law

by LaTrenia Ceasar in blog

Splitsville in 2019 may not be as easy as you think. There will be so many tax law changes with how alimony is paid and received that it may make you rethink getting a divorce. This is America, right? Money is not a reason to stay in your marriage, or is it? In the State of Arkansas, alimony, also known as spousal support, can be awarded temporarily to either spouse until a divorce is final. In a majority of cases, alimony is awarded for a certain period of time in order to allow the spouse receiving alimony to regain financial stability.

However, in a long-term marriage or where one spouse is ill, the court may establish a permanent spousal support arrangement. Alimony will more likely be awarded to any spouse who has been out of the workforce for a number of years to get spousal support while they obtain assistance to re-enter the workforce.

Alimony in Arkansas is changing. Any spouse that is a party in a divorce after December 31, 2018, has a bright future ahead….well, that is if they are on the receiving end and they are okay with being awarded a lesser amount than they would have in previous court decisions. The spouse receiving alimony no longer has to pay taxes on the payments he or she receives. That’s right, a spouse can receive alimony payments tax-free and without the hassle of claiming it as a source of income. The payor, however, no longer can file the alimony he or she pays out as a deduction. The paying spouse may argue for lower alimony payments due to the fact he or she will no longer be able to file it on taxes, thus eliminating his or her tax savings. It’s probably a good time to say that this new tax law may make a normally easy divorce seem difficult, if divorcing was ever considered easy.

When we look at the big picture, getting a divorce finalized does not happen overnight. There are meetings with the attorney, the discovery process, temporary agreements, court costs, etc., which all can be considered financial burdens on their own, and for some parties may take years to financially recover. As we are all trying to figure out this new tax code, some think that this will force already unhappy couples to stay together, simply because it is cheaper.

In this report, Neumann further stated that “he could see many cases where the ex-husband will argue that he can only afford $50,000, and the ex-wife would be left with $50,000 a year — or $25,000 less.” Unfortunately, parties that may be potentially hoping to avoid these specific alimony battles may want to try and wrap things up before December 31st. It’s a risky business. In a divorce, no one wins. There is already an emotional attack that a divorce takes on each spouse and on the children. In almost all cases, financial instability sometimes will only deepen the wound.

If you decide to petition the court regarding alimony in a divorce proceeding, it will be beneficial to seek legal counsel from an experienced Arkansas family law attorney who understands how the new tax law would affect your financial stability.

Tripcony, May & Associates provides services in divorce, contract, prenuptial agreements, child custody, visitation, grandparent rights, and other family law matters throughout the State of Arkansas. They currently have two locations in Little Rock and Hot Springs, Arkansas. Please contact one of their offices for a free consultation at (501) 296-9999, between the hours of 8:00 a.m. and 5:00 p.m., Monday through Friday. You may also view www.tripconylawfirm.com for additional information. 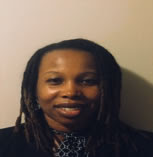 About the Author:
LaTrenia A. Ceasar, MSLS, Freelance Writer, has been an employee at Tripcony, May & Associates since 2015.

What is a Covenant Marriage in Arkansas and Can I Get a Divorce if Necessary? Part IIHow Much Does It Cost to Get a Divorce?

How Much Does It Cost to Get a Divorce?

Back to Basics: Substantial Assets in Divorce – Part 1

Back to Basics: I filed for divorce, what now?

Back to Basics: Do I have grounds for a divorce in Arkansas?

December is the Time to Make a Family Plan